There’s a new school in town … Christel House Academy West will open in August 2014 as a K-2 elementary school and will grow one grade level per year.

Christel House Academy West will open on the old Central State Hospital grounds on the near west side in August 2014. Located at Washington and Tibbs in Indianapolis, the new, tuition-free charter school will initially serve students K-2 and plans to be an anchor in the new Central Greens development.

Applications must be returned to the temporary enrollment office listed above or Christel House Academy South, located at 2717 S. East St. in Indianapolis.

Forms must be returned by March 31 to ensure participation in the spring lottery. Forms returned after March 31 will be placed on a waiting list if no openings are available. Hand delivering applications is encouraged.

Admission into Christel House Academy West will be determined by a public lottery drawing held in April 2014. 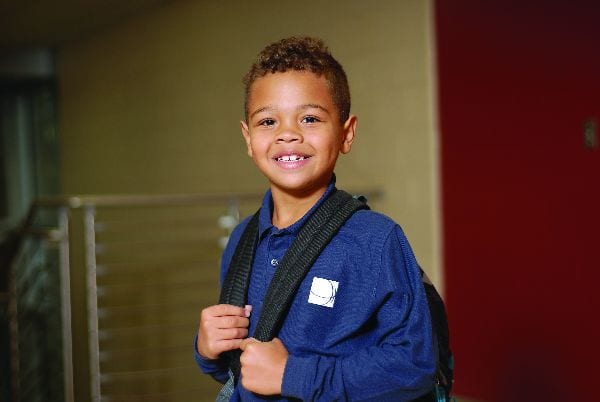 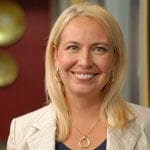 Jackson-Eaglin traveled the country to promote AAE as a non-union alternative for educators seeking professional development, teacher advocacy and liability protection. Additionally, she built relationships and partnerships with a host of education reform entities, both nationally and within Indiana.

“We are delighted that Paula has joined the Association as director of member services and new school development,” says Simnick. “Her vast experience and expertise will be an asset to our current and future members.”

Preceding her time at AAE, Jackson-Eaglin served as the director of field development and lobbyist for the Kentucky Association of Professional Educators (KAPE), an independent educator association based in Lexington, Ky. In that role she was responsible for membership recruitment, government affairs, public relations, marketing, pre-service teacher training and outreach at professional conferences.

Prior to her extensive work with KAPE, Jackson-Eaglin worked as an elementary school teacher for seven years, teaching first, third and fourth grades. While teaching in the traditional public school setting, Jackson-Eaglin earned the distinction of becoming a National Board Certified teacher. During this time, she presented regularly at local and state level teaching and learning conferences.

Jackson-Eaglin also has significant experience in higher education, where she began her career. She served as an admissions counselor at Morehead State University, where she taught collegiate-level student success courses and advised several student organizations. She also served as coordinator/assistant director of alumni activities and director of university licensing, during which time she became a graduate of the Chamber of Commerce Leadership Academy and was inducted into the honor society of Phi Kappa Phi, the nation’s oldest and most selective honor society for all academic disciplines.

Jackson-Eaglin’s work in higher education was not limited to working as a university administrator. She expanded her expertise in the field as director of portfolio programs for the International Organization for Student Success, where she managed all aspects of the company’s college textbook program and conducted faculty training workshops all over the country to teach universities how to implement student success programs.

This week, thousands of parents, students and teachers in Indiana will celebrate National Charter Schools Week, recognizing the benefits of providing innovative, challenging, and creative educational environments for children.   National Charter Schools Week, which runs from May 6-12, 2012, will spotlight the tremendous growth in student participation at charter schools across the country. Education reform advocates are also expected to call on leaders in Indiana to protect and improve the state’s charter school law, which was first enacted in 2001.

In addition to honoring charter leaders, on Thursday, May 10, the Indiana Public Charter Schools Association will honor House Speaker Brian Bosma for receiving the 2012 Charter Champion Award from the National Alliance for Public Charter Schools.   Across Indiana, there are an estimated 27,000 students attending 65 public charter schools. The number of students attending public charter schools in Indiana have more than doubled in the past four years.

In Indiana and across the country, charter schools are always public schools that cannot charge tuition and must accept any student who applies to attend, as long as space is available. Research indicates that public charter schools increase student achievement in reading and math, while boosting student scores on college entrance exams. Nationwide, there are more than 2 million children attending 5,627 public charter schools.