A Good Picture Is Worth A Thousand Words

Tips on How to Use Photos With News Releases 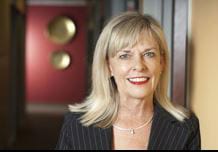 A good photograph can tell your company’s story in one glance. When submitting a news release to the media, it may be wise to include a complementary photo. A good photograph is one that tells a story or improves upon a story. When including a photo, use one that will enhance or illustrate the news release and will serve the purpose of portraying a positive image of the organization.

A “photo bank” which includes some of the following photographs is an important resource for your company. All photos should be in electronic format.

If your organization has a “photo bank” or “photo file,” go through it frequently and update the photos when possible. Even if your submitted news release does not get used, the accompanying picture from your organization may be used by the media.

When sending a photo with a news release make sure of the following:

• Photos must be clear and in focus.
• They should not contain too many people.
• Photos should contain action. The photo should “say” something about your organization.
• Captions or cut lines should be included.
• Always identify people in the photo, left to right, and include their titles with their names.

Editors can use photos in a variety of ways. Human interest photos may be used to fill space at the last minute. These types of photos are not “dated” and can be used at any time during the year. Action shots are often used featuring children, dogs and animals. News shots and feature photos are timely and newsworthy. These types of photos relate to a true news event. Photos can also be useful when sending releases to a TV station for the purpose of getting on a talk show.

Photographs can be taken by either a professional or someone within your organization. The photographer you choose should remember these basic tips:

• Make sure the people in the picture are not too posed.
• When photographing an awards event, camera angle and distance can enliven a presentation photo.
• Close-ups and head shots should come alive. Try for a candid photo so the mood and character of the person comes through.
• Shoot fast and often to catch expressions.
• If taking a full-length picture, have the background relate to the environment of the organization.
• ACTION!!! Show some action in the picture. Readers are more likely to read a story about your organization if the photo sparks their interest.

If prepared properly, photographs can enhance an organization’s credibility and can increase publicity efforts.