It takes organization, planning, a solid leader and a supportive team to pull off a public health campaign.

Coles Marketing is in the process of working on a public health campaign for the Seafood Nutrition Partnership, a nonprofit organization with a mission to inspire a healthier America by raising awareness about the essential nutritional benefits of eating seafood.

Team leader Chris Mercier has a lot on her plate as the team works to hook some meaningful partnerships.

Changing the tide on seafood

In 2014, Indianapolis was one of two pilot cities selected by the Seafood Nutrition Partnership (SNP) to conduct a grassroots public health educational campaign. 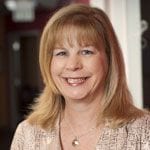 “Indianapolis was one of the cities selected because of our high incidents of heart disease and also because we are a population without as much access to seafood, therefore lacking the knowledge of how to select and cook it,” Mercier said.

Only one in 10 Americans follows the USDA Dietary Guidelines of eating seafood twice a week. And the biggest barrier to eating seafood is a lack of confidence to select, buy and eat it.

Coles Marketing was chosen to lead the campaign in Indianapolis — which included a series of educational events in business, healthcare and culinary communities — to raise awareness of the benefits of seafood and how to include it more frequently into daily meals.

Ingredients for a whale of a campaign

This year, as Coles Marketing prepares for a new wave of activities in October as National Seafood Month, Mercier highlighted the essential ingredients to a successful public health campaign:

How to reel in success

But what do you need to do to set your team up for achievement? Mercier said:

If you need help getting the word out about your health campaign, let us help you capture the message and audience you want. Contact us today!

I subscribe to a newsletter from Springwise that highlights new and interesting ideas from around the globe.

In a recent issue, an item in particular caught my eye — the Scough. It’s a scarf with a carbon filter that can kill bacteria or filter out pollution before you breathe in the nasty stuff. This was the inventor’s answer to the alternative of wearing an unattractive, and generally uncomfortable, surgical mask. Scarf plus cough equals Scough … get it?

Did you know the typical office desk has 100 times more germs than the average kitchen table? That’s according to PayScale. Gross. Here are some other dirty statistics:

All the more reason for a Scough! They have some attractive designs for men and women, and it appears several are already sold out.

I started to wonder: What if Scough partnered with the NFL and produced Scoughs with your favorite NFL team logo?

I picture Lambeau Field on a blustery day filled with fans wearing green and yellow Scoughs emblazoned with the Green Bay Packers logo! What better way to show your team spirit and protect your health from the person next to you who is hacking and coughing? And no, he is not covering his mouth.

Pretty creative idea! And here at Coles Marketing we can help you come up with creative ideas to help grow your business too.