What Makes a Good Media Story 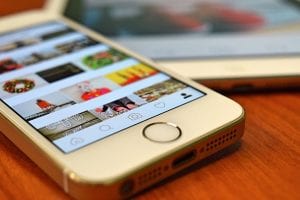 According to Data Never Sleeps 4.0, in the past five years, “The global Internet population has grown by more than 60%, and there are more mobile devices on the planet than people.”

I guess you could say data is everywhere, being shared at a mind-boggling rate. And as more data is shared across a growing number of digital channels and social media platforms, it becomes more challenging to have your voice heard, your client’s brand noticed or your customer’s testimonial heard.

So what makes a good media story? And what makes that story stand out within the media buzz? 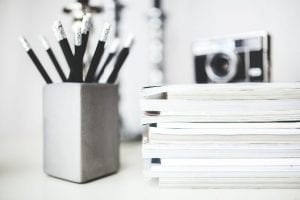 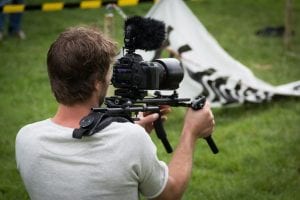 The media–traditional and digital, print and online–has more stories to cover, more platforms to share to and be responsible for, and less resources to gather those stories.

Make sure your story is one that can’t be overlooked … or forgotten.

When the first social media platforms started to get traction around a decade ago, they were dismissed as places for people to catch up on family news, gossip or troll for a date. Over time the mainstream media began to take them more seriously — but mainly as a new way to reach audiences, or as an echo chamber for what they had already reported through broadcasting or ink.

But it’s becoming more and more clear that digital platforms are no longer the background to the way we communicate, but are actually driving our attention.

For instance, millions of people have been transfixed as NPR broadcaster Scott Simon tweeted out a long string of personal messages about the slow descent and death of his mother. He stayed by her bed for days and weeks, relating details about her medical challenges and commemorating her life and wit. It was a rare opportunity for a “straight newsman” to step into the foreground of his own family’s story.

Arguably, more people were paying attention to Simon during his leave of absence than they would have if he were back at his desk reading the day’s news.

If Simon had tried this in the nascent days of Twitter, his actions likely would’ve been dismissed as maudlin or unserious. Instead, he’s being celebrated for turning his journalistic skills on his personal life. (Not to mention, he’s seen his Twitter following swell to 1.25 million.)

On the flip side we have former Congressman-turned-New York City mayoral candidate Anthony Weiner, whose social media interactions have been diametrically opposed to Simon’s. The unfortunately-named Weiner has become more famous for sending pictures of his anatomy than anything he ever did in the political arena.

And in the murder trial of George Zimmerman, the sometimes unsavory contents of Trayvon Martin’s social media interactions became fodder for the public debate over the controversial court case.

Bill and Hillary Clinton — U.S. presidents past and future? — caused huge splashes when the political pair both debuted on Twitter in recent months. Neither had been seen as particularly social media savvy, but their high profiles led them to quickly snap up a huge number of followers — currently about 939,000 for him to 656,000 for her — while generating tens of thousands of posts across social media.

The power outage during the last Super Bowl caused a lot of hand-wringing for fans but also opportunities for smart advertisers. Sales Force Marketing Cloud has a rundown of which brands scored best — including Oreo, which advised its followers that they can still “Dunk in the dark.” Jason Boies has this advice for companies on how to succeed on social media:

Need help with your social media strategy? The team here at Coles Marketing Communications has the expertise to help drive attention to your brand!

Did you know? : There are a host of exciting tools out there for real-time sharing and collaboration!

Research I am doing for an article in Real Estate Business Magazine on new trends in giving presentations garnered a ton of information about the up-and-coming ways to share information with others.

One Web site you’ll want to check out is www.drop.io. It’s “an easy to use, online collaboration and file sharing service that provides users with a simple, real time and private way to chat and share images, video, audio, documents and other digital content through unique, user-created and controlled sharing points called ‘drops.’” Very cool!

And if you’re looking for a free, screen-sharing software, look no further than www.Mikogo.com. Mikogo is “a free desktop sharing tool full of features to assist you in conducting the perfect online meeting or web conference.” You can share any screen content or app with up to 10 people at the same time, while still sitting at your desk.

So when it’s time to share your notes with others, take a fresh approach. These are just a couple of the MANY sites and applications out there — take the time and take a look around. I bet you’ll be surprised what you can find.