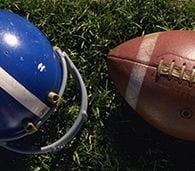 It’s been weeks since The Big Game graced the main screens of our homes with football fanaticism, finger foods and family fun. 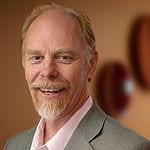 This year more than any year, it was a good thing the event was not just about the game.

So many revelers were done with the sport of it all by halftime (including the Denver Broncos). What kept tens of millions of viewers milling around during such a blowout? The entertainment of the halftime show and the advertisements, of course!

But it was also those second screens — the computers or mobile devices in viewers’ hands during the game — that carried the The Big Game’s mega-marketing machine. Turns out, the second screen makes it more than just a one-day event for marketers.

Of the social media brands, Twitter came out on top as the most-used platform during and after the game. Brands used hashtags on 57% of the prime-time ads, while their Web addresses only appeared in 43%.

A Forbes blogger shares the “7 Super Bowl XLVIII Commercials That Won The Internet” based on mentions during the game as measured by SAP Social Analytics by Netbase. By that standard, Budweiser’s “Puppy Love” won the most attention by far. The other six are Coca Cola, Microsoft, Doritos, Chrysler, Radio Shack and then Intuit QuickBooks. You can view the entire selection of TV ads here at AdAge.

But there are other ways to measure advertisers’ success. For one thing, nearly all the ads had pre-game play on the Internet. That’s when they enjoyed triple the sharing power than during the game itself.

Beyond The Big Game

There is also data about the lingering effects and continuing engagement with the ads after the game. That’s where Chevrolet achieved the greatest impact across all of its social communities between the Sunday game day and the following Tuesday, while Coca Cola added the most fans and followers to its already massive number of adoring consumers.

The second-screen action before, during and after the game is keeping brand awareness lit up. In fact, some of the biggest winners of social engagement didn’t advertise during the game.

Esurance waited until after the game to promote its $1.5 million giveaway, which was the money it saved by waiting to run its spot. People were required to tweet the #EsuranceSave30 hashtag to enter. Within a minute, 200,000 people had tweeted entries. Over the next 36 hours of the contest, 5.4 million tweets had been entered.

Non-advertiser Newcastle Brown Ale received more than five million views of its YouTube Non-Commercial for The Big Game. And non-advertiser J.C. Penney was the second-most-tweeted brand during the game. J.C. Penney used a #TweetingWithMittens stunt that almost backfired as the retailer’s tweets appeared to be from a drunken writer. But some quick thinking to reveal the campaign hashtag salvaged the potential image damage and rewarded the brand with social success. (Unfortunately, that social media success wasn’t able to save the 33 stores scheduled to close.)

At the end of the game, there is no one measure of success. Sometimes there may even be better ways to engage your audience on the second screen than even the main screen, especially if the game is a blowout.

Inspired to delve into a new social media or advertising campaign? Give us a call at Coles Marketing for a digital-age, #IntegratedMarketing partner.