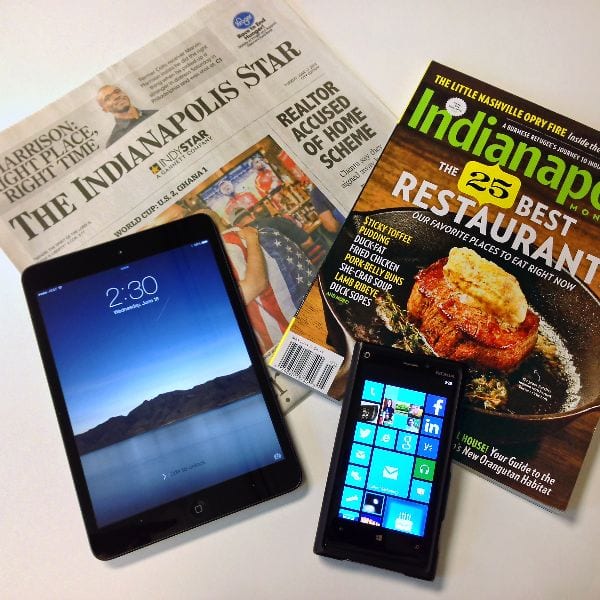 Advertising tells the world about your brand or product through various forms of paid media. Ads are placed where advertisers think they will reach the largest, most relevant audience.

Once upon a time that was in TV and radio commercials, print ads and billboards. Now there’s Google, Facebook, Twitter, Pinterest and many others also trying to grasp their piece of the advertising pie.

Google goes from the wrist to the wall

AppleInsider has a sneak peek into the places where Google says it might advertise, including thermostats, glasses, watches and car dashboards.

From its filing with the SEC, Google said, “Our expectation is that users will be using our services and viewing our ads on an increasingly wide diversity of devices in the future, and thus our advertising systems are becoming increasingly device-agnostic.”

As noted in the AppleInsider article by Neil Hughes, “The mention of glasses and watches is no surprise, as Google is betting heavily on the future of wearable devices, through both its Google Glass project, as well as its forthcoming Android Wear platform.”

And have you seen Google’s self-driving car? In late May, Google presented a new prototype of their driverless car with no steering wheel or pedals. So it would make sense to advertise on those car dashboards!

But Facebook won’t be outdone when it comes to advertising. The social media giant began selling video ads in the U.S. in March. And now it’s expanding this new service to seven other countries, according to Reuters.

In his article, Alexei Oreskovic said these video ads are one of Facebook’s most closely-watched new advertising products. It could help Facebook gobble up an even bigger slice of brand advertising budgets.

“Advertising in general is about hitting the right person at the right time, and social media advertising has this down pat,” Coles said.

Here’s a pinteresting idea! Pinterest has been experimenting with Promoted Pins, ads featuring placements from select retailers and other businesses. Now the company is doing a paid test of Promoted Pins.

“The launch of paid ads is a notable milestone for Pinterest,” said Sarah Perez in her TechCrunch article. A small number of brands are participating to begin with, including ABC Family, GAP, Kraft and Target, among others.

You’re putting that magazine ad where?

It’s not a big deal to see a Verizon Wireless ad in Time magazine. But what if that ad is on the cover?

For the most part, magazine cover advertising has been avoided because it violates “widely-observed guidelines from the American Society of Magazine Editors … which are meant to emphasize and protect editorial independence from marketers,” said Michael Sebastian in his AdAge article.

“Traditional media outlets like magazines need to get creative in order to stay competitive with new advertising,” Coles said.

There’s no such thing as “free”

Coles has the following thoughts when it comes to the future of advertising:

Get more advertising advice from Brian Coles and the Coles Marketing team today!