Think about that. Video will be 80 to 90 percent of global consumer Internet traffic in just a few years. Why is video paramount to our online presence?

Coles Marketing Videographer Shawn Sorrells said video is so popular across Internet traffic on a global level because while “content is king,” video is the king of content.

“Video can tell a story and capture with it emotion and sincerity,” he said. “And it also gives brands the chance to feature testimonials from a consumer’s viewpoint. Being able to see and hear that personal voice of the consumer is much more believable.”

Easier to create, faster to deliver 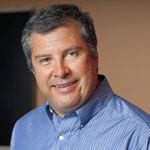 Aligned with the influence video has is the ease with which you can now create your own video, post it online and share with the masses.

“Even five years ago, smartphones and other mobile devices weren’t as proficient with handling video as they are today,” Sorrells said. “That’s also true of the speed of your mobile device and of the cellular network you’re using — both are delivering data more quickly and efficiently than ever before.”

With faster speeds and user-friendly video apps for basic effects, consumers can become their own multimedia videographer and editor. But anyone loading video to the Internet still needs to make sure it’s a video worth sharing.

“The video needs to be visually captivating beyond what you see on a day-to-day basis,” Sorrells said. He offered these video production tips:

It’s all about telling the story

What about once the video is shot? Depending on your operating system, Sorrells suggested iMovie and Windows Movie Maker as some of the best free video editing software applications available.

“Use a variety of different shots in your video and be precise,” he said. “Every shot has a purpose to help you tell the story and get the message across. And when you’re done, watch it — and have others watch it — before you go live. Because once it’s out there, it’s out there.”

Coles Marketing’s in-house creative team has the tools and talent for all your photography and video production needs. Learn more!